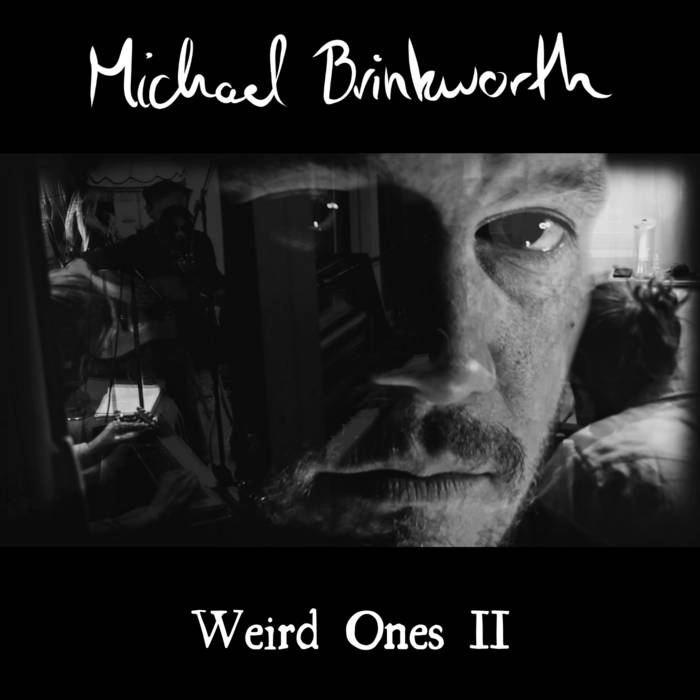 This is an exclusive "Bandcamp Friday" release - available for donation exclusively on 5th February, 2021! If you intend to purchase it - please do so only on this day, so I can receive 100% of your donations - thank you!

'Weird Ones II' is the sequel to the 'Weird Ones' EP back in 2016 when I first met my bandmates Tim Granbacka and Fritjof Brandt, who have their own new band, Anonymous Depressed Dogs Club, aka ADDC. Like its predecessor, this collection of songs was recorded completely live on Tim's 4-track Tascam-244 cassette recorder in pretty spontaneous sessions having only just learnt the songs together, roughing out an arrangement and letting it bleed. Another similarity that drove me to call it a sequel was that most of the songs had not been road-tested live, which is quite unusual for me, and that probably adds to their vulnerability, for better or worse. Tim produced it and played keys, while Fritjof manned the pedal-steel and 12-string on a couple tracks. It's a pretty weird, low-key batch of songs (non-bangers mostly, but still worth recording), the bulk of which are intimate solo renditions - a somewhat random selection for sure.

This will be the end of the line for a few of the songs inevitably, but some might make the cut to get the full band treatment or end up on a more produced album at some point, not quite losing their place in the pile of more promising new material I'm setting aside. It's a solitary, melancholic and certainly imperfect collection of recordings, but there's a fair bit of soul, tape warmth and a warbly bootleg kind of feel perhaps for a lonesome winter's night in. Enjoy!

Ps. I included one very old song, "I Was Myself" at the end, written on the side of the road in Western Australia in 2010. It's an often requested song of mine for the few who were into my music back in the day and I never got around to including it in a release. I thought it rounds out this collection nicely, as it's simple, blind hope and optimism kind of contrasts with the opener, "Fall Into Myself", a down-trodden lament coming to terms with the realities of this crazy musical path I've chosen, written a whole decade later. The fact that this recording happened to be with Tim and Fritjof made me feel like it was finally worthy of inclusion on a release too.

Pps. The 3 bonus tracks were included, as the 1st take of "Bad Timing Blues" actually had more of a vibe and I should have kept it in that key, but seeing as there were 2 quite obvious flubs with the lyrics, I thought to use a later take. The first version of Southern Cross Sunshine was in a lower key and we did a weird thing in the chorus, sitting on the 1 chord just a bit too long. The boys loved that and wanted to keep it that way, but I decided to make the chorus a bit more conducive to singing along with it by trimming that bit. In case you wanted to hear how it sounded as I wrote it, also with some different lyrics in the bridge, there it is. Take 3 of Tuesday Blues was quite an emotional one, perhaps too much so, but anyway, thought I'd include it too. Half the tracks in this collection ended up being the 1st take - vibe over perfection.

Like most independent musicians at the moment, with no income or gigs on the books for who knows how long, I am struggling a bit financially. If you are too, by all means, you can download this album for free if you like. But if you are financially able, whatever you can contribute would really help me a lot during this time of financial hardship. Thanks so much in advance!

All songs written and performed by Michael Brinkworth.

All tracks (except track 9) recorded, mixed and mastered by Tim Granbacka on a Tascam 244 4-track cassette recorder in December, 2020.

Tracks 1, 5, 9 and 11 accompanied by Tim Granbacka and Fritjof Brandt aka Anonymous Depressed Dogs Club aka ADDC.